Admission for MBBS in China Open for 2022 September session

1 ¥ (Chinese Yuan) = Rs 10 approximately. All payments in China has to be made in RMB ¥/Chinese Yuan or equivalent USD.

Sichuan University has Hostel facilities for International students inside the Huaxi campus all the years. Students are not allowed to stay outside. Food arrangements are available in several canteens payable daily. Students can cook their food if they wish.

Hostel rooms are of 2 types in Sichuan.

Why Omkar Medicom is the Best MBBS Abroad Consultant? 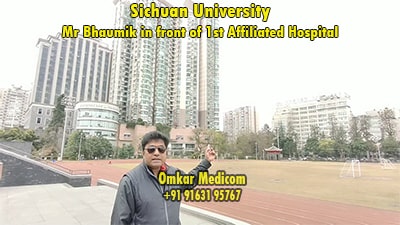 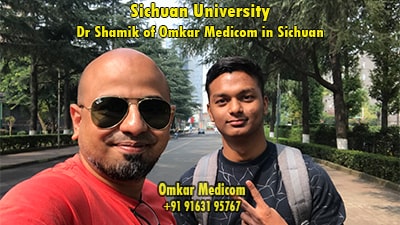 Sichuan University is located in Chengdu city of Sichuan province in China:

The educational environment of Sichuan University 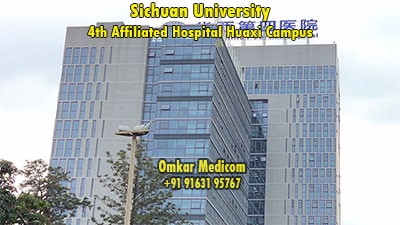 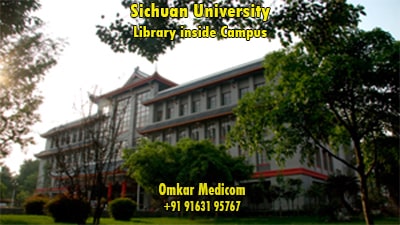 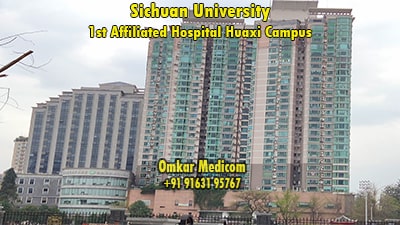 Since started in 1892, the West China Hospital of Sichuan University has become a comprehensive medical teaching and research center
It has diverse disciplines, most modern medical equipment, abundant faculty resources, advanced therapeutic techniques, and strong potential in medical research.

The Hospital specializes in:

Apart from the main campus, the Hospital also has 2 more campuses: 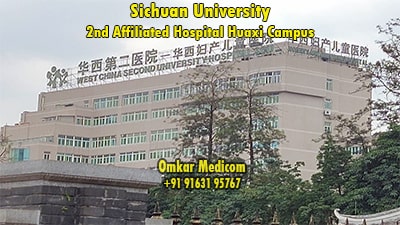 This hospital was one of the;

The hospital plays essential roles in medical services, education, research, disease prevention, and healthcare as a medical center for women and children in southwestern China.

The Hospital has 2000 staff members which includes; 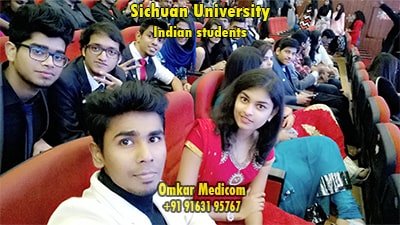 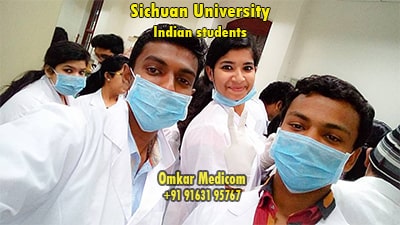 Among all MCI Approved Medical Colleges worldwide, Sichuan University is the Top 5 Medical College in China for Indian students to study MBBS abroad. 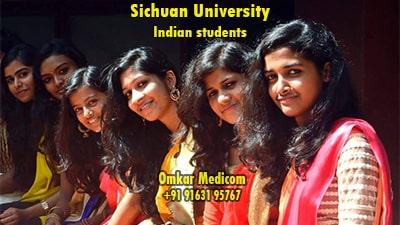 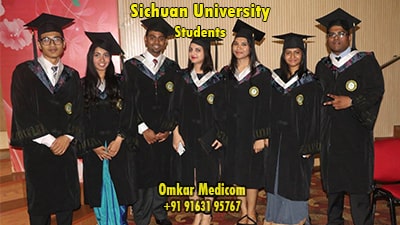 Language of Study at Sichuan University

Language of Instructions in Sichuan, the Top 5 MBBS College in China: 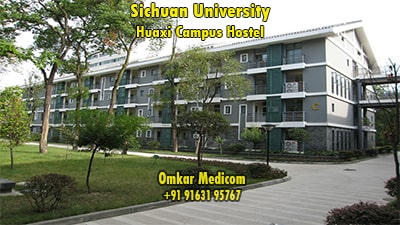 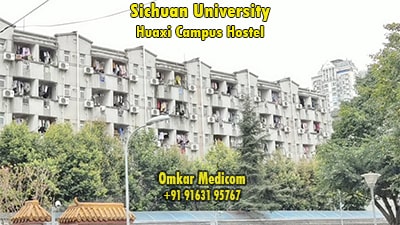 Huaxi Campus of Sichuan University has standard type hostel rooms. Rooms are 2-sharing rooms and a few single rooms also available. All the rooms have air-conditioner, color TV, and internet access. Some rooms have attached bathroom.

Students will pay for electricity, water, and the internet as per usage.

Moreover, Sichuan University also allows off-campus apartments for international students to stay as per their own choice. 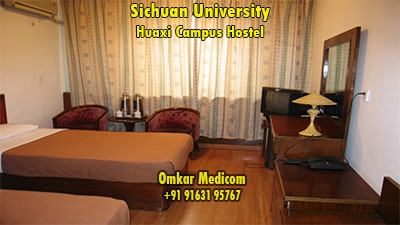 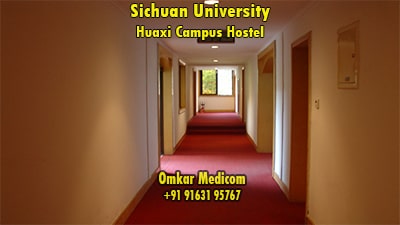 The Medical Library of Sichuan University is located on the Huaxi Campus of the University. It has 8,800 square meters of floor space. Primarily on Medical Sciences, its collections are famous for its “Biology- Psychology- Social Medicine” Model.

All Omkar Medicom students have got the 9000 ¥ Scholarship in all the years. 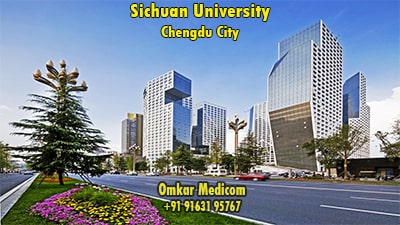 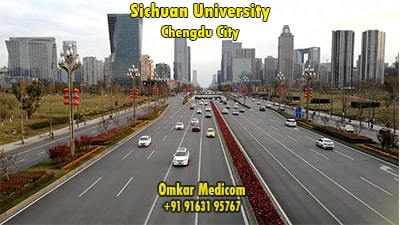 Sichuan University is located in the center of Chengdu city. Chengdu, the capital of Sichuan Province, is well equipped with all kinds of modern amenities and transport systems, like,

Other Geographical details of Chengdu, Sichuan. 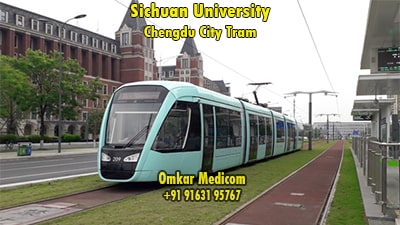 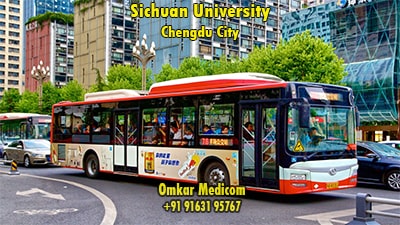 Omkar Medicom has been a saviour to my MBBS course all through out. They help you in the best way possible and is the best to widen up your field focus. Thank you:) 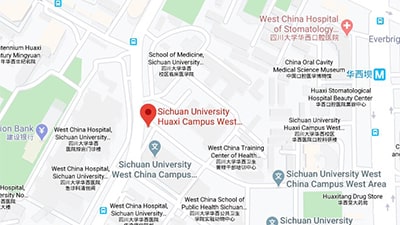 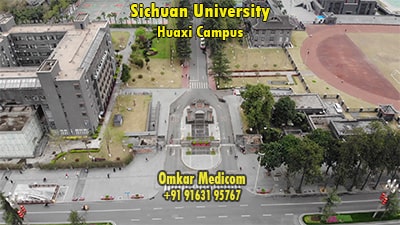 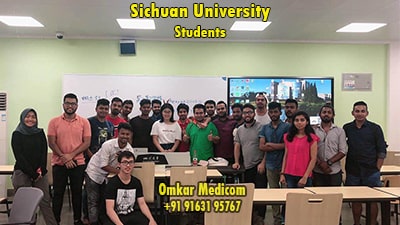 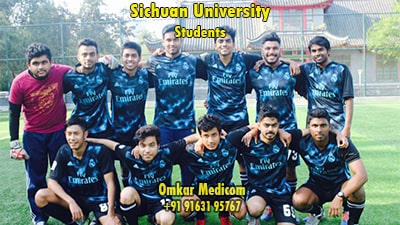 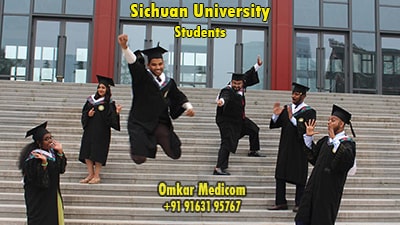 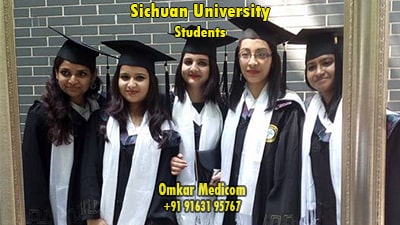 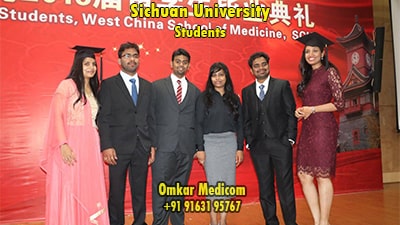 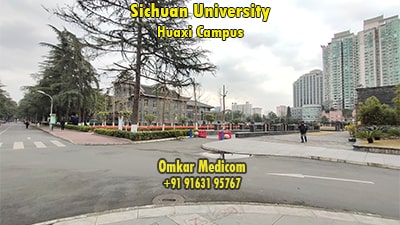 Guangzhou Medical University, MBBS In China: See What We Have To Say

Kindly Do not copy!
Omkar Medicom