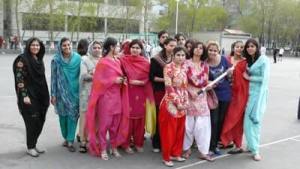 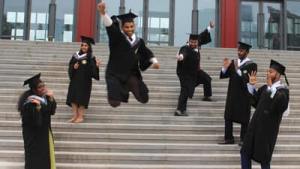 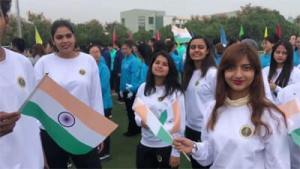 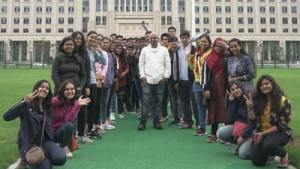 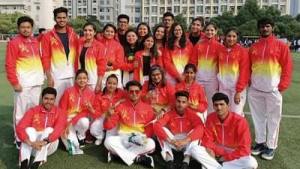 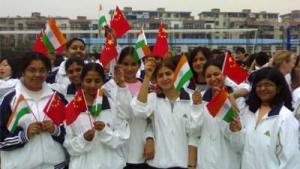 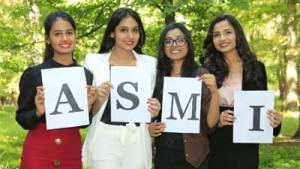 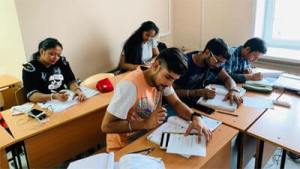 Altai State Medical University Russia | World Rank 5122 | Fees 5100 USD per year including hostel | One of the best for Indian students... 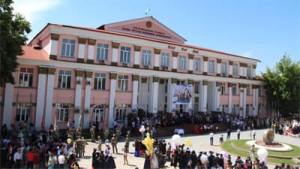 Are you Looking for the Best Quality MBBS Education Abroad?

Why Xinjiang Medical University MBBS Is The Best? 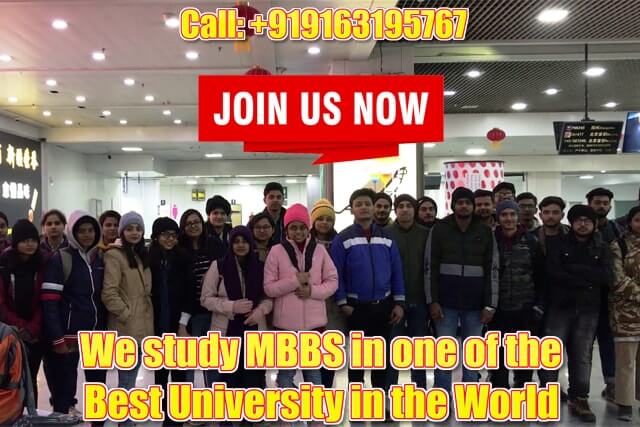 Best Medical Colleges in the World

We do MBBS Admission Abroad for the Best 6 Medical Universities in Russia
Yearly Fees Starts from Rs 2,17,000
All Inclusive Fees, only Food extra
MBBS In Russia Universities

We do MBBS Admission Abroad for the Best Medical Colleges in Bangladesh.
Package Starts from Rs 22,90,000
All Inclusive Fees, only Food extra
MBBS In Bangladesh Colleges

We do MBBS Admission for the popular low Fees 3 Medical Universities in Kyrgyz.
Yearly Fees Starts from Rs 2,56,000
All Inclusive Fees, only Food extra
MBBS In Kyrgyzstan Universities

We do MBBS Admission Abroad for the Top 10 Medical Universities in Ukraine
Yearly Fees Starts from Rs 3,01,000
All Inclusive Fees, only Food extra
MBBS In Ukraine Universities

We do MBBS Admission Abroad for the Best Medical University in Uzbekistan
Yearly Fees Starts from Rs 2,77,000
All Inclusive Fees, only Food extra
MBBS In Uzbekistan Universities

All Google Verified Reviews
Omkar Medicom, The Best Consultant has got 5 Star Review from almost all students of Study MBBS Abroad.

MD ABDUL RIZWAN
Student from China
★★★★★
"It was really great in contacting them as they made my suffering easier they did gave all the assistance step by step they contacted me through mail and what's aap they gave all the details gave me proper ........"
Full Review Of Rizwan

SUJATHA KADEMANI
Student from Russia
★★★★★
"He is very genuine, helpful, believer person. I got to know OMKAR MEDICOM from one well know friend who had took admission from them. Actually I was facing much problem for mci certificate, ........."
Full Review Of Sujatha

NISHA BASHEER
Student from China
★★★★★
"All my thanks and respect for Mr Bhaumik of Omkar Medicom. Today I am a 3rd Year student of MBBS in China. Without his help, I would not have come to this position to fulfill my dream of becoming a doctor....."
Full Review Of Nisha

Why will a student take admission to Study MBBS Abroad? 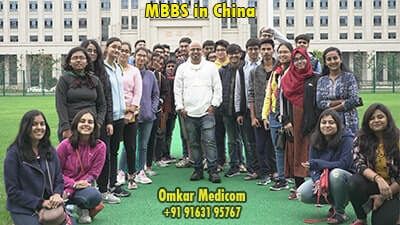 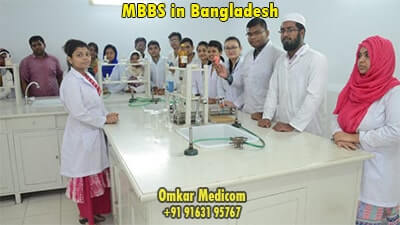 Understand the availability of seats.

States which have the maximum number of medical seats:

From the above context, it is clear that in these six states, 8,74,820 candidates will compete for mere 17,513 Government seats. That is only 2% of the total applicants. These Six states have many more medical seats than other states. In other states, the situation is far worse.

What will the rest 98% of students do who could not get a seat in Government Medical College? 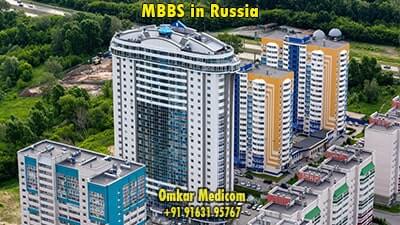 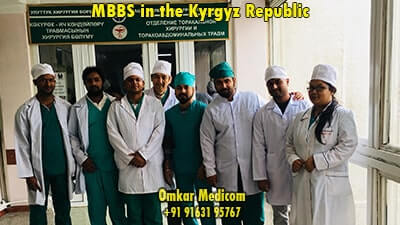 Fate of 98% students who could not get a seat in Government Medical College in India.

In India, not even 20% of the NEET applicants know the fact that there is an option of doing MBBS from abroad in the English medium. That too at a 1/5th cost of any Private Medical College of India. 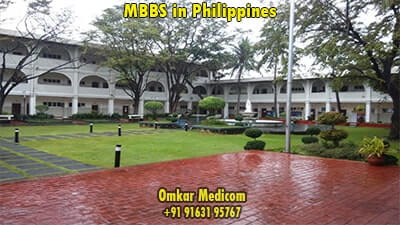 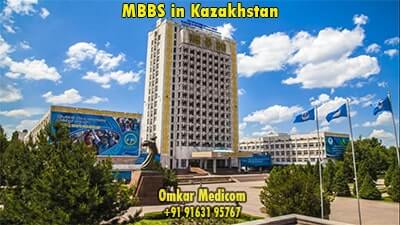 Foreign Medical Colleges and Universities are in fact, acting as a savior to several thousands of Indian students, willing to become a doctor.
Medical Council of India is well aware of the fact that there is a massive shortage of Doctors in India. So MCI has approved 463 medical colleges and universities worldwide where Indian students are allowed to do MBBS.
Among the above 463 Colleges, Indian students mostly opt for the following countries: (as per popularity choice)

Advantages of Studying MBBS in Abroad?

Students can get the top-quality MBBS Education in China, some universities in Russia, Bangladesh, and Kyrgyz at low Fees complete all-inclusive package of Rs 18 to 30 Lac.

The cost of living is low in Study MBBS Abroad countries

The cost of living in China, Russia, Kyrgyz, Bangladesh, Philippines is quite low. It will be a maximum of Rs 10,000 to Rs 15,000 per month, including food (except a few cities like Moscow, Petersburg, Kazan, Beijing, Shanghai).

Capitation Fee is not required for Study MBBS Admission Abroad

For any private medical college in India, you will have to pay a hefty amount as a one-time donation to get a seat. Plus Tuition fee is around Rs 40 lac to 1 crore. For medical colleges abroad, you will not pay any donations. You just pay the Consultancy charges of around 2-3 lac.

MBBS course duration is almost similar to India except in some countries:

To study MBBS abroad, you need to qualify NEET and secure good marks in the Class 12 board exam. No need to clear any entrance examination or exams like IELTS and TOEFL.

NEXT Test for all Indian MBBS students

At present, the NEXT test is the Licensing exam to be cleared by any MBBS passed student to get the Indian Medical Registration number. So basically, there is no difference between a student studying in India or a student studying abroad. So it is useless to spend a minimum of Rs 80 lac in Indian Private Medical Colleges. Far better is to take MBBS Admission in abroad within reasonable Fees of Rs 20 to 30 Lac.

In most of the Medical universities of:

Safety and Security of Indian students in MBBS Abroad Countries

Among the countries where Indian students usually go abroad to study MBBS,

Students will get the maximum international exposure abroad. It will build them a far more confident human being, as well as doctors, than their counterparts who are studying in India.

As we have mentioned above, in maximum universities, the medium of instruction is entirely in English. Side by side, students will also learn the local language. It will help them in the future if they wish to settle in foreign countries.

In 90% of the universities abroad, hostels for Indian students are entirely independent.

In most of the Universities under Omkar Medicom, facilities of Indian mess is available. Same Indian food available in these messes at a reasonable fixed cost.

From our 13 year's experience, we have listed these six countries as the best for Study MBBS Abroad for Indian students. Take admission in 2020 in any of these Omkar Medicom prescribed University.

Our Lady of Fatima University 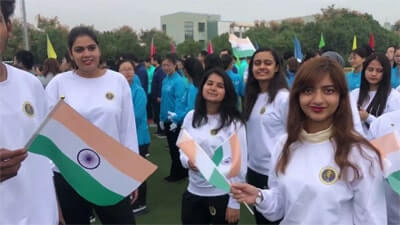 Rs 18 to 30 Lac is the total MBBS Abroad Fees China for the entire course duration of 4.9 years, including Hostel.

Some of the Top Economic MBBS Universities in China are:

The MBBS Abroad Fees in China is One-Fourth than in private Indian medical colleges. In India, an average Indian Private Medical College will cost approximately Rs 70 Lac and above. Whereas in China most of the Universities will cost only Rs 20 Lac. MBBS in China universities also cost less than the medical universities in other countries like Russia, Ukraine, Georgia, Bangladesh, etc.

All the Universities in China have the World's Best infrastructural facilities regarding Lab, Library, Hospitals, Hostels, and Campus.

China has around 20 + High World Rank Medical Universities of 2000 or above. In India, only AIIMS Delhi enjoys World Rank of above 2000. A few of the high ranking medical universities in China are:

In China, all are Government Medical Universities. Owned and managed by the Central Government or Provincial Government of China. Only Government medical colleges and universities can provide the best facilities for medical studies all over the world. 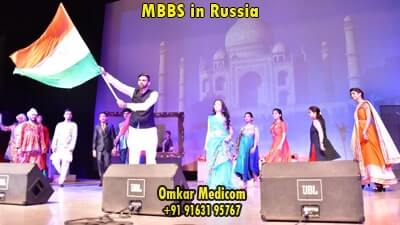 MBBS in Russia is a highly preferred choice for Indian students because: 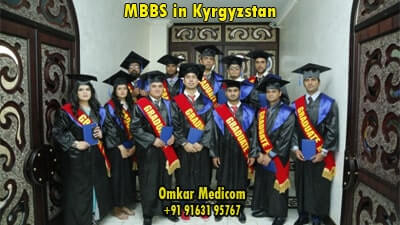 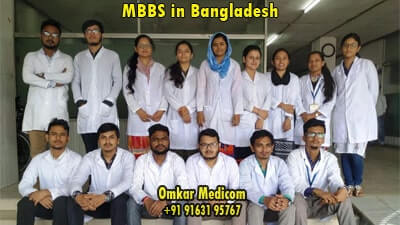 Study MBBS in Bangladesh is one of the right options to Study Medical Abroad for Indian Students. In a broad sense, medical education quality is almost the same as in India. In some colleges, it is better than the private medical colleges of India.

The Best Medical Colleges in Bangladesh for Indian Students are: 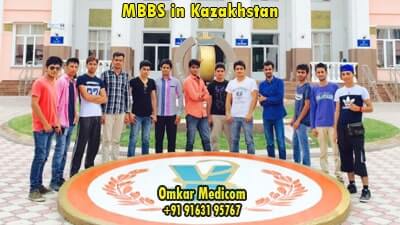 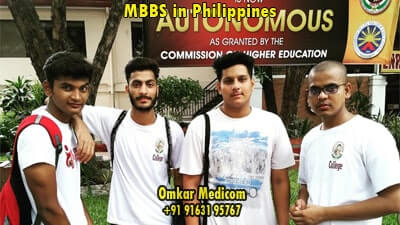 Study MBBS in the Philippines was a popular option to Study Medical Abroad for Indian Students 5 years back. But at present, the Philippines has lost its popularity because of many factors, like

Still, some Indian students prefer the Philippines for medical study because:

The Best Medical Colleges in the Philippines for Indian Students are:

★ Xinjiang Medical University, Best to Study MBBS Abroad In China: See What We Have To Say:

It was really great in contacting them as they made my suffering easier they did gave all the assistance step by step they contacted me through mail and what's aap they gave all the details gave me proper guidance and all the necessary documents required for me and my medical so I really thank them for there work and also they came all the way to China did my admission process there and my bank account ! So it was worth it .

All my thanks and respect for Mr Bhaumik of Omkar Medicom. Today I am a 3rd Year student of MBBS in China. Without his help, I would not have come to this position to fulfill my dream of becoming a doctor. I live in a small town in Jharkhand and my sister was working in Bangalore. In 2017 May, she contacted one agency in Bangalore near to her home and paid Rs 40000 for my admission in Xian Jiaotong. Next day that agency gave her admission letter of xian. We all were happy as I have got admission in one of the best university in the world. But after that, we didn’t hear anything from that Bangalore agency. June went, July gone… no proper reply. We felt something foul was happening. In July end my sister searched internet and found Omkar Medicom Kolkata and contacted Mr bhaumik and requested him to get a seat for me at Xian Jiaotong University. Mr Bhaumik clearly said in that 1st conversation that admission in Xian absolutely not possible as all admissions were done within June 10th and Visa process of the Xian students will start from August 15th. My sister then told him all the details about that Bangalore agency. Mr Bhaumik told her that he does not know that agency. But if we want, then he can try his level best to get my admission done in China, although it was too late. Next day we paid Rs 50000 and sent him all the documents required for admission and now today I am in China Medical University studying MBBS in 3rd year. My admission was late, so my visa was also late. Even then Dr Majumdar took me alone to China Medical University without taking any extra money. I will be always grateful to Mr Bhaumik and Dr Majumdar of Omkar who managed everything although we were too late in applying. One thing we all have understood that time and in future years that Mr Bhaumik and Dr Majumdar say only the true fact, what they can do actually. They never exaggerate things to show unrealistic DREAMS to the students and parents. In this message, just because my sister is living in that same area till now, I cant name that agency of Bangalore, who cheated us but always claim that they are DREAM of DOCTORS,

I am very delighted on the service of omkar which they rendered to my son for getting admission to xinjiang.They processed the entire application.visa...etc which helped to get admission with utmost easiness as getting admission to nearby college. The service of Sushil Pillai and Bhaumik is marvellous for clearing all and even silly doubts arised with regard to admissionMy family deeply indebted to Dr.Shamik who accompanied students to china,for giving parental care for solving all issue in China.They charged nothing more processing what they quoted at the very first stage of admission.I salute the team Omkar and its dedicated persons like sushil pillai and bhaumik Saheed.H Pulimoottil Alleppey 12